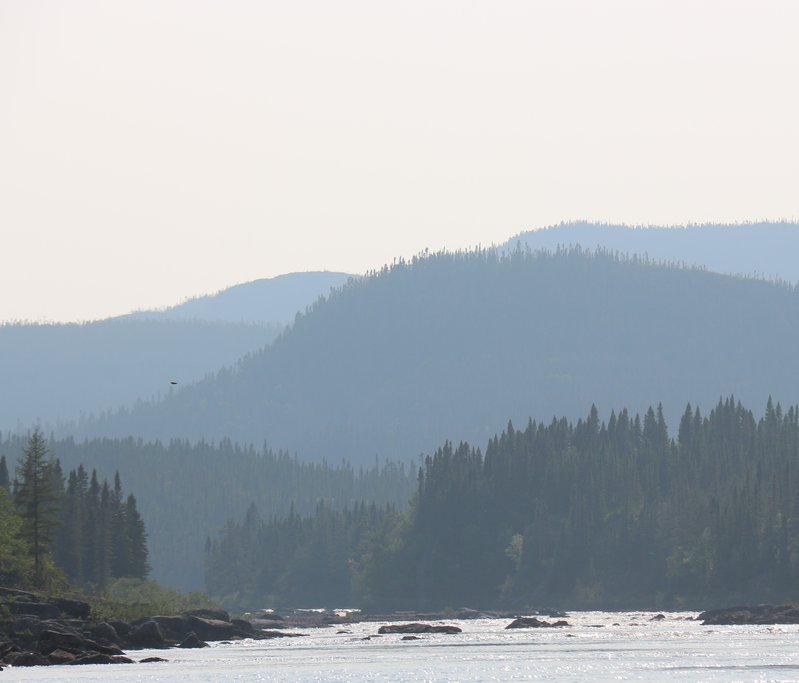 The Magpie River – from Lac Magpie to the Gulf of the St. Lawrence, in the traditional territory of the Innu Nation – is one of the few remaining major rivers in Quebec free from large hydroelectric dams.

It is a world class destination river, considered one of the best stretches on the planet for multi-day whitewater trips for kayakers, canoeists, and rafters. The river is relatively easy to access by float plane and at the same time its untouched nature, immediate sense of remoteness, and mountainous landscape make for a humbling and spectacular wilderness experience.

However, the Magpie remains unprotected and is threatened by hydroelectric development that would transform the free flowing river into a network of artificial reservoirs.

Why protect the Magpie River?

The Innu Nation, as well as other locals, has come out in favour of protecting the river from development. For local people there are many social repercussions of the boom and bust timeline of large hydroelectric projects, in addition to, and linked to the environmental effects. These effects have been well documented over the decades of hydroelectric development along James Bay, as well as the ongoing project on the Romaine River east of the Magpie (see How is it Threatened below)

National Geographic considers the Magpie to be one of the best stretches of river on the planet for multi-day whitewater trips. A study by LERPA compares the Magpie favourably to other famous rivers such as the Futaleufu, the Grand Canyon, and the Nahanni.

What makes the Magpie a world class destination river?

What will be lost if the Magpie is developed for hydroelectricity, with regards to recreational potential?

There are also many reasons why protecting the Magpie would be beneficial from an environmental perspective. The river flows through one of the largest tracts of undisturbed boreal forest in the world. These forests store carbon, are havens of biodiversity, and provide habitat for wildlife. The precious marine breeding grounds and environment of the St. Lawrence Gulf are also dependent on the freshwater and sediment that free flowing rivers carry to the sea.

How the Magpie River is threatened

After years of damming and diverting rivers in the James Bay area, Hydro Quebec has returned to the Côte Nord region and is nearing completion of a series of dams along the Romaine River, 150 km east of the Magpie. At present, the $8 billion Romaine project is one of the biggest infrastructure projects in Canada. Many of Quebec’s major construction firms have their equipment and resources concentrated in the area, and the work camps are home to 2000+ workers.

New transmission lines for the Romaine now cross the Magpie right near the coast and north of Lac Magpie over the East and West Magpie, two tributary rivers.

Other rivers with equal or greater potential for hydroelectricity exist in the region (such as the Petit Mecatina River), however, access is limited and costs for roads and transmission lines would be higher for these other projects. Thus, the Magpie would be a relatively ‘easy’ project to complete compared to the other projects.

Work on the Romaine project, which started in 2009, is expected to be completed in August 2020.

While Hydro Québec has specifically stated that they do not intend to dam the Magpie River, they continue to oppose official protected status for the river, indicating that there may be a future proposal.

What is being done & proposed to protect the river?

Two organizations, SNAP Québec (Quebec branch of CPAWS – Canadian Parks and Wilderness Society) and Association Eaux-vives Minganie (AEVM), are spearheading the initiative to create a protected area around and including the Magpie River.

This video outlines the initiative and the map illustrates the areas that have interim protection, and the areas that SNAP and AEVM propose to protect. 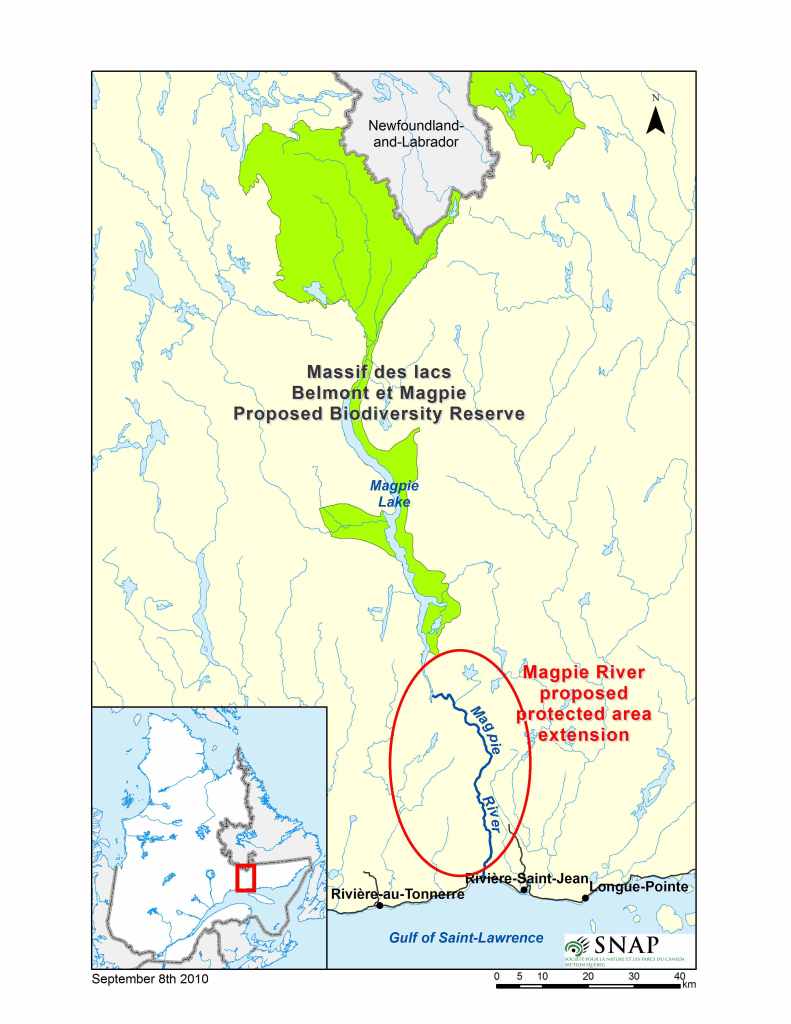 How You Can Get Involved

Write to your Member of Parliament

If you agree that the Magpie should be preserved and want to participate in advocating for a free flowing river, get involved in the conversation by contacting your MP. You can also start by signing and adding your voice to the CPAWS / SNAP petition directed to the Quebec Minister of Energy and Natural Resources.

If you’ve been lucky enough to travel down the Magpie, get involved in the conversation by sharing your photos, videos and trip reports.

The people of the Côte Nord will have a say in whether or not to protect the Magpie. When you are travelling in the region before or after a Magpie trip, letting the locals that you meet know what you have been up to and that you came to paddle the river is very helpful. When you stop for gas, stay at a hotel, or are buying groceries, talk to the folks you come across about the Magpie.

For updates on the Magpie and Conservation, read up on protecting the Magpie on our Adventures website.