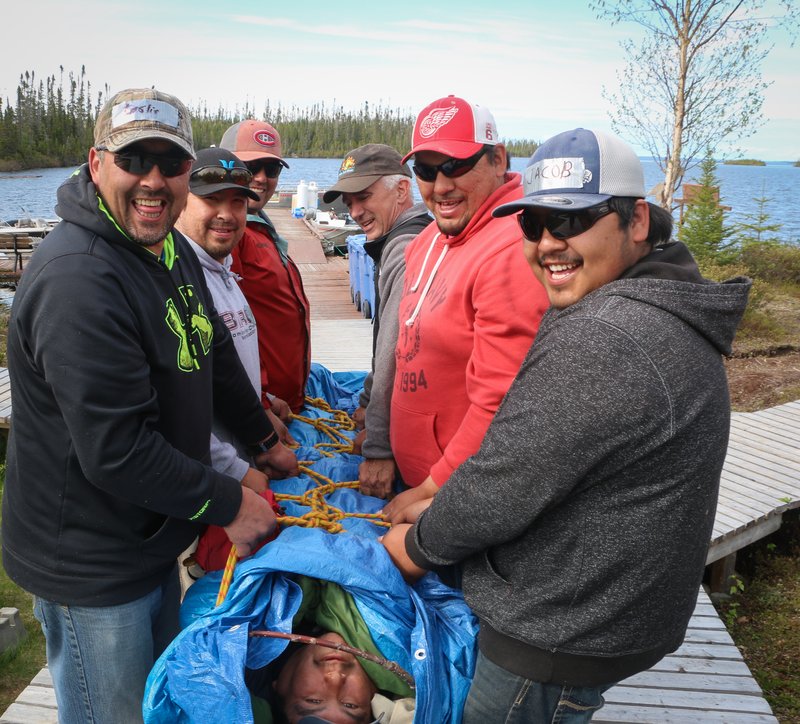 Osprey Lodge, in Quebec’s remote north, is a fisherperson’s paradise. It’s an idyllic fishing camp located on an island in the middle of Quebec’s largest lake, Lake Mistassini. It has  a satellite lodge at the mouth of the formidable Rupert River, which drains from the lake into James Bay. The local Cree guides at the lodge cater to people from all over North America, who are hoping to land the “big one”.

But working on a lake half the size of Prince Edward Island, or on one of Quebec’s mightiest rivers isn’t without risk. Which is why Kim Coon, the HR manager for Eskan, a holding company owned by the Cree Nation of Mistassini, called Boreal River.

“One of my priorities,” Coon says, “is to instill an atmosphere of safety for not only the employees but, in the case of the Osprey Lodge, our clients too. We have a regular person that does first aid and CPR for the Cree communities, but I wasn’t satisfied. I felt that we needed an upgrade in terms of the training.”

Coon says she wanted to ensure her guides had the knowledge and qualifications to keep their clients and coworkers safe in what is an extremely remote location. She found Boreal River and organized first aid and water rescue training for the guides at the lodge. At first she says the guides weren’t thrilled about the prospect of more classroom time, but when Coon returned to the lodge 2 weeks after the course had finished, no one was complaining.

Hands-on rescue training in the wilderness

“What I heard about the previous trainer was that he did it in a classroom and it was boring,” she says. “The comments that I heard about Boreal were that the workers actually lived it, they didn’t just learn it. To be in the water or woods was more real for them and I think that’s what they liked the most about it.” 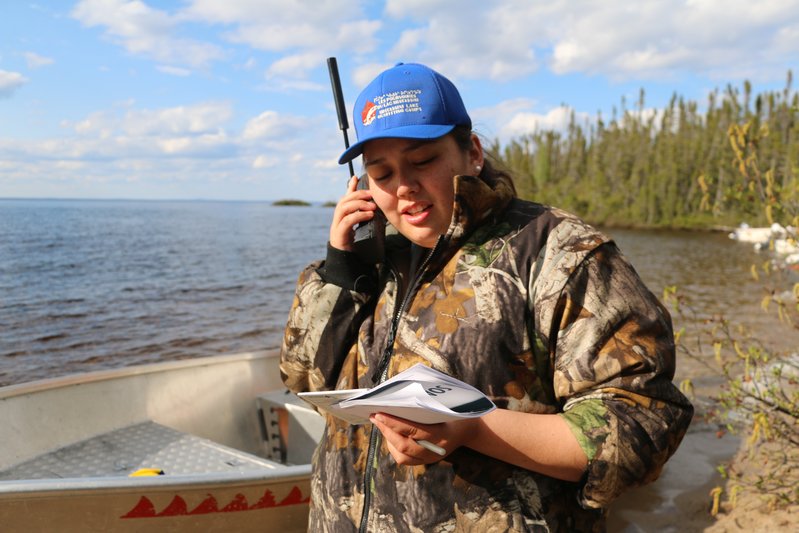 The feedback was so positive that she hired Boreal again to train the staff at Camp 510, a remote hotel, cafeteria and office built to house people working in mines along a barren stretch of road in Northern Quebec. The camp is a 3 hour drive from the nearest clinic, so Coon thought it was important for the employees to be trained in advanced first aid so they could be proactive and identify potential emergencies. That way they either avoid an emergency altogether, or call for help before the situation becomes critical.

Coon decided to take the first aid course too.  “I had a lot of fun. It was so different from other courses. It’s not just books and reading. It’s very interactive, and it seems a lot more real as you’re role-playing.”

Putting first aid skills to use

In a frightening twist, she got to see the skills her friends had learned firsthand. “I think we were only in the second day of training when some of the guys that had done the training at Osprey Lodge noticed my husband wasn’t looking too good. They knew what to do right away and I could see they were confident in their ability to be able to do a thorough check of my husband,” she said. “They took his vitals two or three times and then called Danny [the instructor from Boreal River] in and told him what their concerns were. In the end, he was OK, but I was impressed by their abilities.”

Coon says the course was so successful and the response from her employees so positive that she’s recommended the training to people in her community.